Those in the Windsor school district took advantage of the unexpected half day to go cheer on the Windsor volleyball team at state. 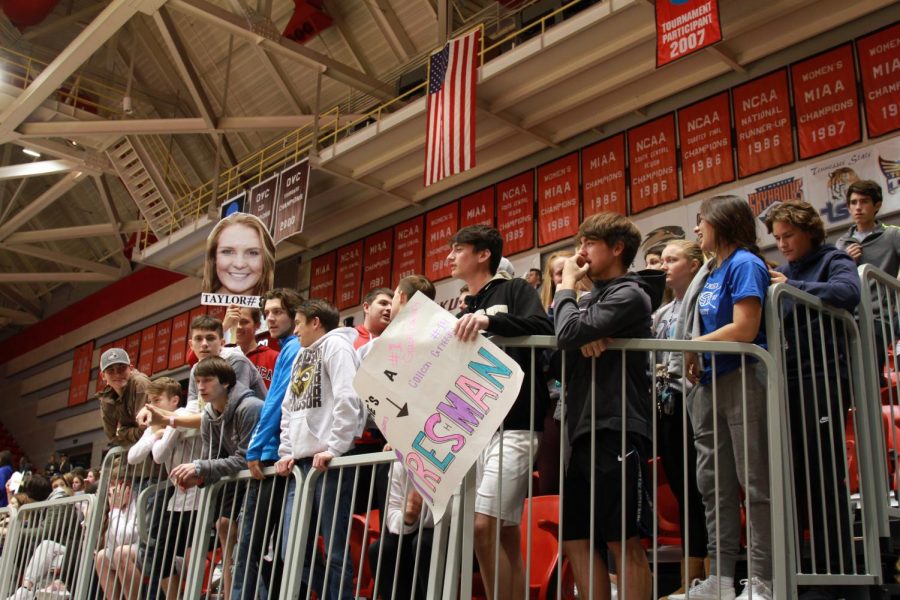 Winning usually brings people together. After witnessing what occurred last weekend, that is especially true at Windsor.

Last weekend, the Windsor varsity volleyball team competed at the state tournament in Cape Girardeau. The team was shocked at how many fans were in the Show Me Center, and how many were there supporting Windsor.

Junior Lidiya Sokolic could not believe they amount of support the girls received.

“I have never seen a community support something like this before. It’s just a crazy feeling. (I’m not sure) if it will never happen again, so I’m just trying to take it all in. I can’t believe it,” Sokolic said.

The enormity of the situation may have caused the Owls to sputter a bit on day one of the state tournament. The Owls seemed to play out of sync while losing all six sets that they played. However, on the final day,  they worked as a team and played much better in a close loss. Head coach Stephany Dueker-Richmond believes it was first day nerves that threw off the team.

“I think we got over the shellshock of being here: the crowd, the lights, and the enormity of it. And then today, ‘let’s go. Let’s do this’,” Dueker-Richmond said after her team took fourth at state.

The Windsor crowd was very large to support the girls, especially on Friday. Throughout the weekend, the group remained respectful to other fans. It is common to see mocking chants, yelling when a girl is serving or obnoxious cheers during game play, but Windsor only cheered when points were scored and timeouts taken. On Saturday, the fan section received a MSHSAA award for good sportsmanship, which speaks for the group’s attitude.

For Dueker-Richmond, seeing the girls make it this far in the competition and the community support has been the best part of the experience.

Dueker-Richmond said, “Well, this is on my coaching bucket list, so I’m excited to be able to check this off. It’s special to be able to take the first volleyball team and first Windsor girls team.”

The community around Windsor has always supported the sports teams, but to see one break history was an enormous accomplishment. The fan section had high energy all weekend. The fact that the Windsor C-1 school district changed Friday to a half-day, to ensure as many people as possible could make it to the game, really says something about how the district supports its teams.

Despite the hour and a half drive down to the state competition, the fans made the effort and some even rode the Spirit Bus.

Now that they volleyball girls know what it feels like to advance to the state tournament, they will be striving to do it again next year.

For the Owls freshmen players, they have three more years to earn that feeling once again.