Change Of Plans–Owls Head to Portageville

The Owls will travel 2.5 hours to play on Friday night. 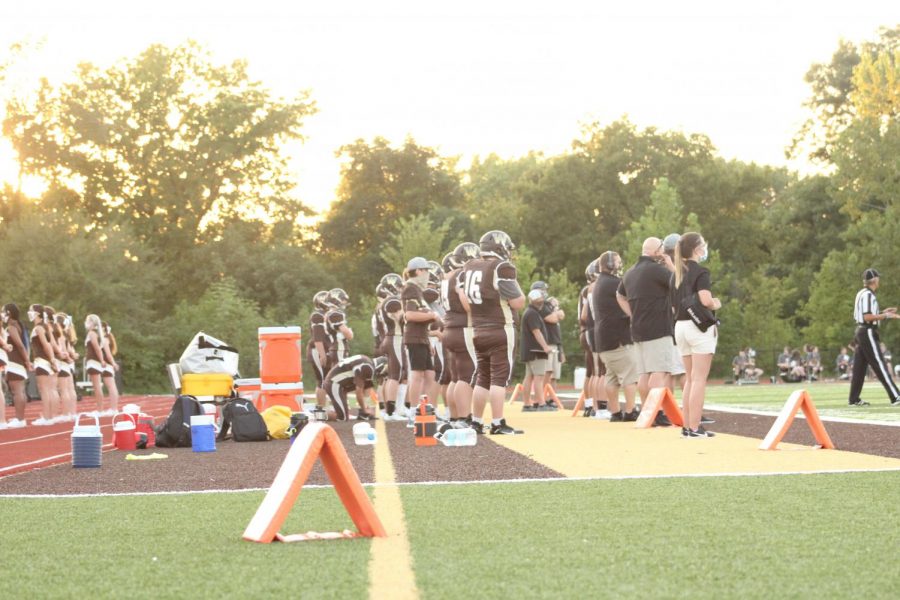 The WHS varsity Owls football team is fully recharged after a much needed bye week. The Owls currently sit at 1-2 on the season and are coming off back to back losses.

But despite the recent rough patch, the Owls are keeping their heads up high and are seeking redemption heading into week 5.

The Owls were originally supposed to play the Desoto Dragons this Friday, but due to COVID-19 issues, the Dragons can’t play. Instead, the Owls will go up against a team they are very unfamiliar with in the Portageville Bulldogs.

The Owls will have to take a long 2.5 hour bus ride to be able to play against Portageville, but the team will be leaving midday on Friday. They will be stopping on the way to have a team dinner in Cape Girardeau and there will be plenty of time for the players to warm up prior to kickoff.

Head Coach Alex DeMatteis, and assistant coach Jeff Funston, both really like the Owls chances against the Bulldogs and feel last week’s bye week helped rejuvenate the team. DeMatteis also said the mix of younger and older players is finally starting to come together.

“We have a mix of experienced players (four 3 year varsity starters) all the way to one freshman and several sophomores starting on the varsity and seeing significant time. We even have a senior, Zach Austin, that is playing for the first time and starting on the offensive line. I knew this team was going to present as a young team with the facade of appearing to be a veteran team. There have been a number growing pains, but at the same time, we are progressing nicely. Our younger and more inexperienced players are starting to get it figured out and are performing well. I’m hopeful the trajectory remains the same and we’re looking forward to competing against the remainder of our schedule. I expect this to be a good solid competitive game. I’m hoping the bye week we had last week is going to allow us to stay healthy, clean up some things on both sides of the ball, and allow us to put our best foot forward Friday night,” DeMatteis said.

The Owls, led by senior quarterback Derek Williams, are hoping they can even up their record to 2-2 by defeating the mysterious Portageville Bulldogs. Coach Funston has devised an offensive game plan in a very short amount of time but both DeMatteis and Funston believe it will produce massive results.

DeMatteis said, “Portageville runs a very popular style of defense that we’ve already seen several times this year and in practice, so we feel good about that. Coach Funston came up with a great offensive game plan on short notice and we will work through our game plan on Thursday to be as ready as we can for Friday.”

So even with the Covid-19 complications, the addition of several new and younger players, and the recent rut, DeMatteis, Funston, and the Owls feel very confident going up against the Portageville Bulldogs.

This week 5 matchup will certainly be very interesting.

“We were able to exchange game film with Portageville yesterday afternoon. We have a very good idea of what they do in all three phases of the game (offense, defense, and special teams). They have a handful of solid players, one outstanding looking WR/DE. They like to throw the ball quite a bit, which will keep our defense busy all night long. It is going to be a fun little road trip for us,” DeMatteis said.